Today marked day 27 of the 30-day hair challenge, which means this is my last week! The hair challenge has been fun, but there have definitely been some mornings where I’ve frantically tried to just figure out some style that will stay through the workday. And I have to admit, I thought about giving up a time or two.

But alas, here I am, sticking it out. Three days left and (sort of) going strong. So here’s your recap for days 22-26. 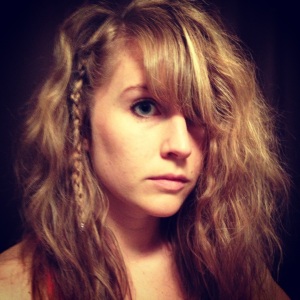 Notes: It’s too small to see, but the mini braid is actually a four-strand braid (which I subsequently took on in full-force for day 23). As previously mentioned, I pretty much like any style that incorporates sea salt beach waves, so this one worked pretty well for me.

Notes: I kept coming across four-strand braids on Pinterest, so I decided to tackle this one. I really like that it’s different, and it takes some attention to realize it isn’t your normal three-strander. It definitely helps to have longer hair for this style (because there’s an added strand, your hair runs out earlier than in regular braids), but I liked the final product. 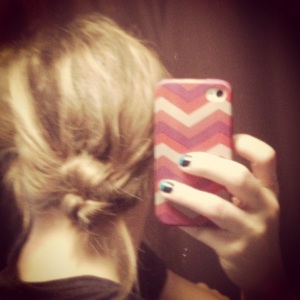 Notes: So I’ve been trying to mimic that photo since approximately day seven, and this is about the closest I can get. I think my hair’s a tad too layered and short to turn out like that effortless-looking one, but I’m okay with how this one turned out. It ended up as a nice little low ‘do.

Notes: Honestly, if you can French braid, you can pretty much French braid in any direction or fashion. This guy is pretty easy to execute, and it looked like a great casual ‘do from the front. 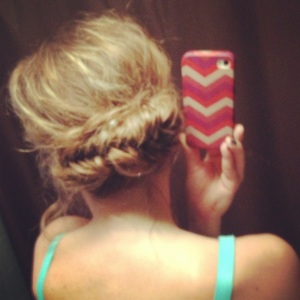 Notes: Guys, I gotta say it: I think this might be my favorite style of my entire hair challenge. It was easy to do, it looked casual and effortless, and it looks pretty freakin’ cool. Will definitely be recreating this one.