Having finished my latest post last week, I was just settling into the couch with Preston and a nice big glass of Cabernet, about to tackle my DVR (as in “about to take on the list of recorded shows I had yet to watch,” not as in “sack it like Andrew Luck in the first game of playoffs.” Unless it rudely and without warning deleted and/or stopped recording my favorite shows, I would most definitely never do anything to harm my precious, precious DVR.), when I got the call.

Nope, not the “Hannah, we’ve seen your hair modeling photo, 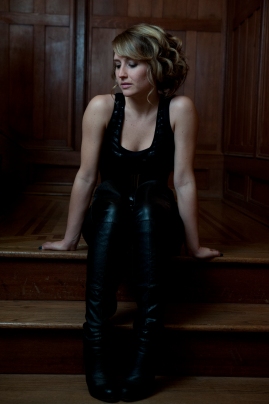 and we have to sign you with us!” call from Ford or Elite or enter-your-famous-name-here modeling agency (HA. Yeah, right.). Or the “You’ve won $5,000 a week FOREVER!” call I’m daydreaming about from Publisher’s Clearinghouse (note to self: Probably have to enter to be able to win.).

No, last Thursday I received the “Babe, I think I have the stomach flu” call.

Warning: This gets slightly graphic.

Bursting through the door, Boyfriend crashed immediately onto the couch next to me, already shivering from fever. After tucking him up to his neck with a pile of blankets – and even getting out the electric one for the first time this season – the first bout kicked in.

Before he could make it to the bathroom, my poor Boyfriend emptied the contents of his stomach (chili cheese etouffee, anyone?) into the (thankfully) awaiting trashcan.

It was like a car accident. I couldn’t look away, and I felt just awful for him.

The dutiful, doting, loving girlfriend I am, I helped Boyfriend to the bathroom to wash up and change his clothes before tightly tucking him back onto the couch, forfeited the remote and bundled up to head out in the 20-degree weather for stomach bug essentials: ginger ale and Gatorade.

And then I realized the trashcan didn’t have a bag in it.

Our main kitchen trashcan was nearly full, so it needed to be emptied and taken to the curb anyway. At least that’s good timing, I thought, as I brought the miniature, bagless container into the kitchen. All I had to do was dump the…mess…into the main trashcan’s trash bag, haul it outside and be done with it. With it.

So you know how any time you try, by yourself, to dump a smaller trashcan into a big, freestanding trash bag, how every time, without fail, half the trash from the smaller trashcan undoubtedly falls onto the floor and you have to end up picking it up to put it into the trash bag anyway and you always, without fail, think to yourself, “I might as well have just used my hand to put the dirty Kleenexes and tampon applicators and used Q-tips into the trash bag because I’m touching them anyway, ugh.”?

The same thing tends to happen when liquids are involved.

Except on a larger, messier, much grosser scale. And some of it schlops onto the kitchen rug and the floor part of the lower cabinet and your hands.

Because it’s vomit. Because you end up touching the vomit because it’s running down your hands and it’s all over the place. And it isn’t your vomit and it’s warm and it’s gross and it’s on you and it’s everywhere AND IT ISN’T YOURS.

You remember that smell. Picture it: Elementary school, usually the gym or the hallway. Quickly (or sometimes not so quickly) covered with that mulchy stuff that somehow made the smell even worse, so thick and strong that breathing through your mouth made you taste it a little.

The kind of smell that even 20 pumps of foam soap, half a bottle of GreenWorks, a full roll of paper towels, double-bagged trash bags and a couple of vanilla candles doesn’t fully mask.

But that’s what you do for love. Right? People do that for love, right? RIGHT?